Around two years ago I was still doing fan art for Rogue One : A Star Wars Story. And now I have seen my shots in the film and my name in the famous blue credits. It was some of the most fun I've ever had working on a film. And a real thrill to just open up such iconic ships and machines in Maya and animate them. I still can not get over that I was fortunate enough to get to work on a Star Wars film. As a child I would always dream of what it would be like to put some X-Wings into a scene, dodging TIEs and rolling through blaster fire. Now that dream has come true. Watching the film was a surreal experience, not just because of my work, but also to see this side of the Star Wars universe I've always imaged seeing. I'm glad it's getting such positive reactions overall.

Here are two trailer screen grabs of some of my work. 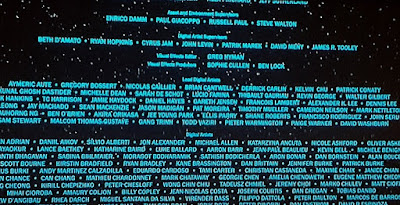 Bonus : A colleague and I bought some AT-ACT model kits, painted them, and got them signed by the ILM Vancouver team. 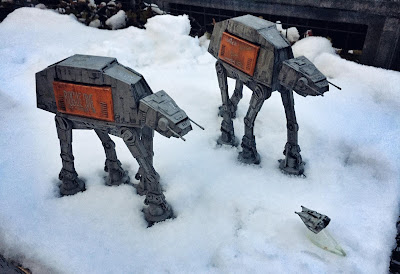